The Scottish Environmental Protection Agency (SEPA) has announced that the country’s recycling, composting and re-use of waste has risen above 60 percent for the first time, according to the regulator’s latest statistics. 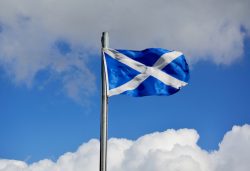 The figures for 2018 cover both municipal and commercial waste, which has reached 61% partly from an uptake in recycling of ‘soils and mineral waste’ in 2016.

The year also saw more households and businesses recycle food waste. SEPA highlights that 605,624 tonnes of organic waste was recycled in composting or anaerobic digestion facilities – an increase of 102,580 tonnes (20.4%) from 2015 statistics and a 78.1% boost since 2011.

This, in turn, saw a fall of 10.79 million tonnes of total waste generated in Scotland.

Recycling is a real Scottish success story and a simple daily step that communities, corner shops or corporates can take to build a more sustainable Scotland,” said Terry A’Hearn, chief executive of SEPA. “The scale of the environmental challenge is enormous, and we know we live on one planet, but consume the resources of three.”