The Government has formally responded to a report by the House of Commons Environmental Audit Committee’s recent report on plastic waste by pointing to plans to look at changes to the “entire regime”, including increased packaging producer responsibility. 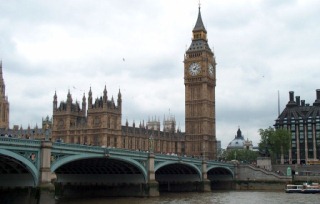 However, the government was accused of “dragging its feet” by the committee’s chair, Labour MP Mary Creagh, who said the response was not adequate. With regards to “shifting the financial burden of packaging waste”, the government explained that upcoming legislation will “look at all aspects of the regime”.

The government said: “Tackling waste, especially waste plastic, is a key priority for the Government. The Clean Growth Strategy, published in October 2017, commits us to move towards zero avoidable waste by 2050 including the encouragement of the use of recycled material.”

The government also referenced its 25 year environment plan released earlier this year, in which it promised to look at each stage of a product lifestyle. This includes increased producer responsibility and making plastic easier to recycle which was referenced five times in the response.

There were also references to the upcoming Resources and Waste Strategy, which the government says will set out the approach to promoting well-functioning markets for secondary materials and incentivising producers to design better products.