Dr Coffey was appointed to the Department for Environment, Food and Rural Affairs (Defra) by the new Prime Minister Theresa May in July following the promotion of Rory Stewart to International Development. 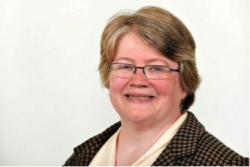 However, it was not confirmed at the time whether she would inherit the former parliamentary undersecretary of state’s responsibilities for steering waste and recycling policy.

Dr Coffey was previously the deputy leader of the House of Commons serving under Chris Grayling and served on the Culture, Media and Sport Committee until she was appointed parliamentary private secretary to Michael Fallon, minister for business and energy. Mr Fallon had responsibility for the WEEE directive which is now overseen by Defra.