Waste companies have been warned that they could face fines equivalent to 100% of their pre-tax profits if convicted of pollution offences in future.

The warning from the Environment Agency comes after the Court of Appeal upheld a £250,000 fine for Thames Water Utilities Ltd in June for polluting a nature reserve.

While the judgement itself did not relate to waste, it was the first in the Court of Appeal to consider new Sentencing Council Guidelines for Environmental Offences which were issued in July 2014 and also apply to the waste sector. 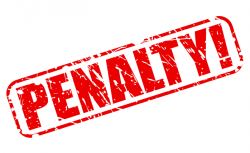 The guidelines require that any fines given should take into account the means of a particular company offender and to increase it where the company can afford to pay more, as well as decrease it in other cases.

This means that larger companies operating in the waste sector which pollute the environment could see themselves slapped with much higher fines than previously, which are more proportionate to the size of their businesses. And, fines in general have been set at a higher level than previously.

A spokeswoman for the Environment Agency said: “This is significant for waste crime as well as the water industry. The Court said that in the worst cases fines could be in excess of £100 million/100% of companies’ pre-tax profit.”