The proportion of waste plastic packaging that is being exported to countries such as China and India has increased from 60% in the first three quarters of 2014 to 67% in the same period last year.

Two thirds of plastic packaging which has been placed in recycling bins is being shipped overseas.  This causes great concern that much of this will be incinerated or dumped.

Several recycling companies have raised their concerns with the Department for Environment stating that contaminated plastic waste consignments have been illegally imported as it is illegal to send waste overseas unless it is to be recycled.

In a report in 2013, The European Commission noted significantly lower costs 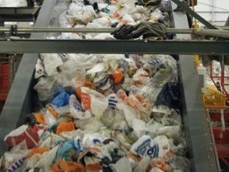 in developing countries for waste treatment and disposal is an important economic driver for illegal waste shipments.  The Environment Agency said that it tried to prevent waste being dumped overseas by requiring exporters to state which foreign recycling sites they intended to use and checking this was the case.  Last year, the Agency approved 240 sites outside of the EU to receive plastic packaging and 51 sites were rejected.

Following the commencement of operation National Sword by China’s General Administration of Customs, it is likely that the export of plastics is going to become considerably harder and values are going to fall dramatically.  WasteCare’s recent launch of PolymerCare has proved timely and with the current weak pound, recycling in our own market should prove very attractive to both waste producers and the waste industry at large.  It will be interesting to see how much recycled plastic is exported in 2017.