The UK is on track to meet targets for the collection of waste electrical and electronic equipment (WEEE) in 2016, data published in September has suggested.

The Environment Agency-published figures show that a total of 291,055 tonnes of WEEE was collected from household sources from January to June 2016. Much of this came through the UK’s network of council-run civic amenity sites, known as designated collection facilities (DCFs). 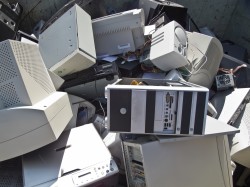 The UK’s WEEE compliance schemes have been set a target to collect 544,341 tonnes of WEEE throughout 2016 – equating to a target of more than 272,000 tonnes for the first half of the year.

Responding to the release of the figures, a spokesperson for the government’s Department for Environment, Food and Rural Affairs, said: “Making the best use of our resources is important for our environment and our economy. These figures show great progress in the collection of waste electrical and electronic equipment for recycling and we remain on course to meet the annual collection targets.”

In particular the figures suggest that there has been a boost in the collection of large household appliances – items such as washing machines and dishwashers – which is close to 60% towards its overall target rate for the year.