Landowners, retailers and councils have been warned to be vigilant over clothing banks being placed on sites without permission and appearing to be linked to charities. 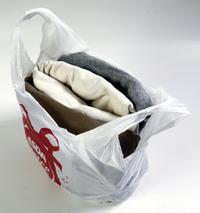 in the south east of England.

Alan Wheeler, director of the Textile Recyclers Association, said that although the vast majority of clothing collection banks are operated in a legitimate manner, “in a number of instances, unscrupulous operators are simply dumping clothing collection banks on sites without any permission from landowners or site operators and are profiteering through deceiving the public and a lack of action to get these banks removed.”

Legitimate clothing collection banks should carry the name of the business or charity servicing the bank, the TRA said, with contact details such as a landline telephone number and website with postal address to trace the operator also clearly displayed.

According to the TRA, the process of getting unlicensed clothing banks removed in a legal manner is straightforward, and the Association can offer advice and assistance in the removal process.

Ian Woods, president of the TRA, said that landowners and site managers should look out for banks appearing on their sites without having received operators’ permission.