Landowners have been warned that organised criminals are targeting ‘isolated’ areas to dump large quantities of waste illegally.

The warning came from the Country Land and Business Association (CLA) following a notice from the Environment Agency in August, urging landowners to be vigilant when entering into contracts with tenants.

The Agency issued the warning after around 100,000 tonnes of illegal waste had to be removed from sites in Lincolnshire which had been leased to operators who abandoned the site.

The land in turn was sold, with the responsibility and cost of disposing the tyres falling to the new owner. The Environment Agency got involved to advise and ensure the tyres’ disposal was in accordance with regulations. 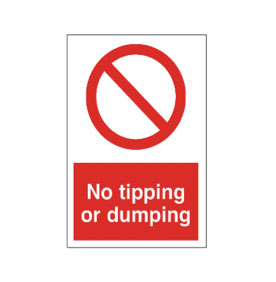 An Environment Agency spokesperson said: “Dumped illegal waste can cost thousands of pounds to be removed and it’s important that landowners check before signing a contract with businesses or individuals to ensure the contract complies with regulations.

“We welcome the successful resolution to these long standing issues at both sites, dealing with difficult waste types. We also welcome the success of partnership work to make sure that sites like these are kept within the regulation and prevent harm to the environment.

Commenting on the issue, CLA said that many landowners are increasingly faced with operators who appear to hold all the relevant permits. Ben Underwood, CLA east regional director, said: “Organised groups are making concerted efforts to target landowners and farmers with land in extremely isolated areas, well shielded from public highways, to store huge quantities of waste – often plastics and wood – on a temporary basis”.