The UK might not lead on municipal recycling but according to a defence report it has done so on warship recycling.

According to a study by the Disposal Services Authority (DSA) on the recycling of the former warship HMS Endurance, the recycling levels have been very high.

The recycling work for the ship was won after a competitive tender by the LEYAL Ship Recycling business in Turkey and the report said that the dismantling and recovery process resulted in 95.04% of the total materials being recycled or reused.

HMS Endurance was a Class 1 icebreaker which served as a Royal Navy ice patrol ship between 1991 and 2008. It ceased operational service in April 2012 and was made available for disposal to the DSA in June 2015. 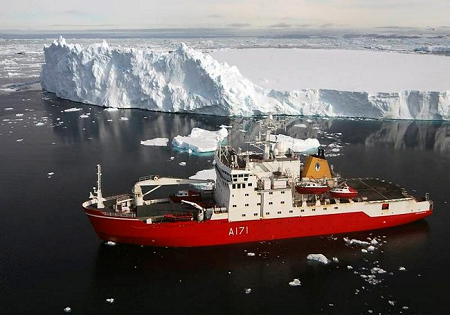 As part of the tender process, the DSA convened a Ship Recycling Evaluation Committee including representatives from the Maritime Coastal Agency and the DSA to assess the tender responses against set criteria. Prospective purchasers were required to produce a detailed Ship Recycling Plan, showing their understanding of requirements involved in ship dismantling, which included environmental plans, and facilities and dismantling methodology.

An Inventory of Hazardous Materials (IHM) was produced at the start of the project to ‘identify hazards’ contained in the vessel which was compared with the final outturn figures reported to the DSA by LEYAL.

An outturn of materials was communicated to the DSA on a monthly bases. The DSA found, in summary of this information, just over 3,700 tonnes of material were sold or recycled, which was 95.04% of the total materials. This included over 3,500 tonnes of ferrous metals.

According to the DSA, its aim is to sell surplus ships for further use but where this is not possible – for example when ships are no longer seaworthy and only suitable for recycling – its objectives are to ensure that the vessel is recycled in a safe and environmentally sound manner, in compliance with its legal responsibilities as a producer of waste.