Local authorities are being invited to bid for support from a new scheme to help increase the collection, re-use and recycling of unwanted electrical items, the Department for Business, Innovation & Skills has announced.

A total of £775,000 has been made available by retailers, suppliers and manufacturers of electrical equipment via the the Distributor Take-back Scheme (DTS) and the Waste Electrical and Electronic Equipment (WEEE) Compliance Fee.

The WEEE compliance fee is imposed on schemes which have been unable to collect enough evidence for the recycling of a particular type of WEEE product.

It was introduced for the first time last year, after concerns that the old system was too costly and could be advantageous to some sectors of the system, and is administered by Mazars.

Under the new, joint funding scheme, single project bids of up to £40,000 are sought from individual local authorities, with up to £100,000 available for consortia bids. 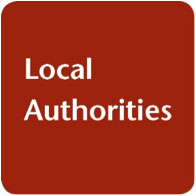 The funding is available to encourage reuse of whole appliances or increase the tonnage of separately collected domestic WEEE for recycling or to increase the recycling rate of collected equipment.

Applications will be assessed by a panel made up of representatives from WRAP, the British Retail Consortium (BRC), Joint Trade Associations (JTA) and the local authority community. The panel will be chaired by BIS.

All project proposals must be submitted to weee@bis.gsi.gov.uk by 30 October 2015 and endorsed by the appropriate Waste Disposal Authority. Winning applicants will be chosen by November 30, with funds to be distributed and spent by December 2016.