Wales’ natural resources minister Carl Sargeant has announced that the Welsh Government will carry out a review of its guidance on waste and recycling collections. 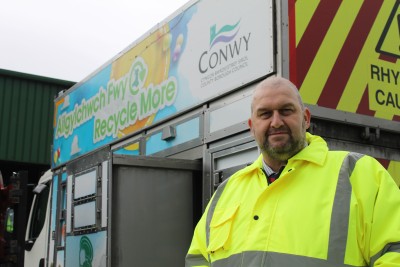 Carl Sargeant has announced a review of recycling in Wales

The minister was responding to recommendations made in the Environment and Sustainability Committee report on Recycling in Wales, and stated that he was pleased that the Committee had recognised the “overwhelmingly positive” picture of recycling in Wales.
As part of the review, Wales is to commission an independent review of its collections blueprint – which would mean a more standard approach to waste collections across all authorities in Wales.

The collections blueprint was originally published in 2010 and outlines the Welsh Government’s preference for the ‘kerbside sort’ collection method of recyclable material from householders.

The review will also examine the use of weight-based targets in encouraging recycling in Wales. The minister added that while the review is underway it is important that local authorities continue with their efforts to review services and make any necessary changes to achieve significant cost savings.

The province recorded a 58% recycling rate in the second quarter of 2014/15, the highest individual performance in the UK.
Speaking in the Welsh Assembly Mr Sargeant said: “Thanks to the efforts of individuals and local authorities, Wales continues to lead the UK with its recycling targets, exceeding those in England, Scotland and Northern Ireland and would be ranked fourth in the EU if it were a separate member state. This is no mean feat and whilst I accept there are challenges ahead I am optimistic of achieving future targets.”