Initial findings from waste industry fire tests suggest that stock rotation – rather than stack size or separation distances – is key to reducing the risk of fires at recycling sites.

Presented at Essex Fire & Rescue Services HQ last month, the findings also suggest surface fires are unlikely to lead to more deep-seated fires; that waste materials burns at a lower temperature than previously thought; and that finer material – such as wood chip and RDF – tends to burn more readily.

Waste and recycling firms have been under pressure from regulators to reduce the number of fires in the industry, with the Environment Agency recently issuing Fire Prevention Plan (FPP) guidance setting out a number of stipulations for how waste material should be safely stored outside. 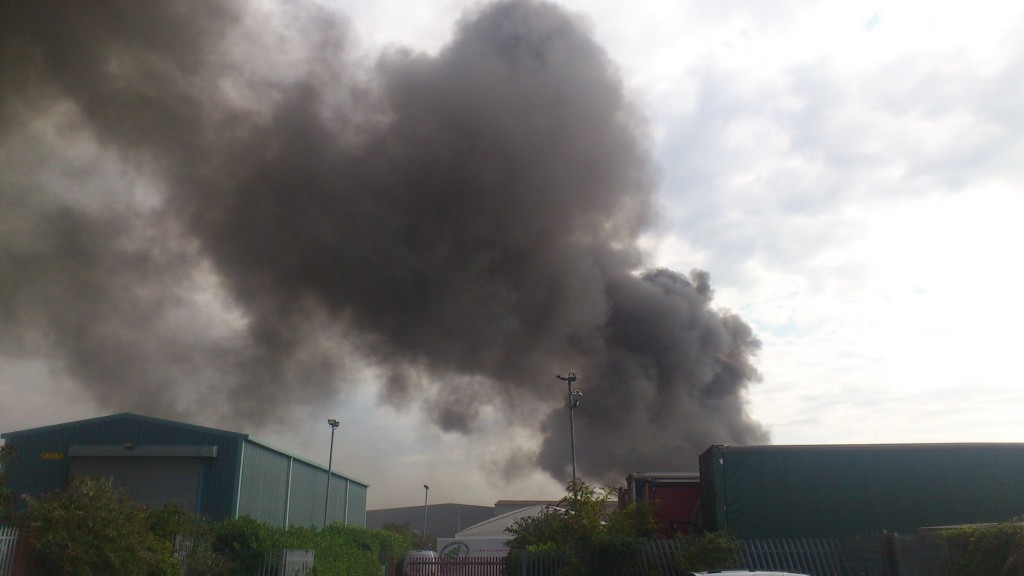 However, a number of recyclers – particularly those involved in tyres and waste wood – have said these new stricter requirements on stack sizes and separation distances are “unworkable”.

As a result, industry and regulator-supported trials have been taking place over recent months aimed at gleaning scientific evidence about the flammable properties of modern materials (including wood, tyres, plastics, metals and RDF among others) stored at recycling facilities.

These trials are not set to be completed until May, but chair of the Waste Industry Safety and Health (WISH) forum Chris Jones said initial findings showed that “reliance on stack size and separation distances are maybe not as critical as the Environment Agency is pursuing”.

He also explained that “the focus for operators should be on not storing waste for a long time” – particularly those dealing with finer material – as this helps to stop material getting hot and self-igniting, which is thought to potentially be a more likely reason for deep-seated fires.

The fire trials are being supported by the WISH forum, the Environment Agency, the London Fire Brigade, the Chief Fire Officers’ Association (CFOA) and several waste industry trade bodies.